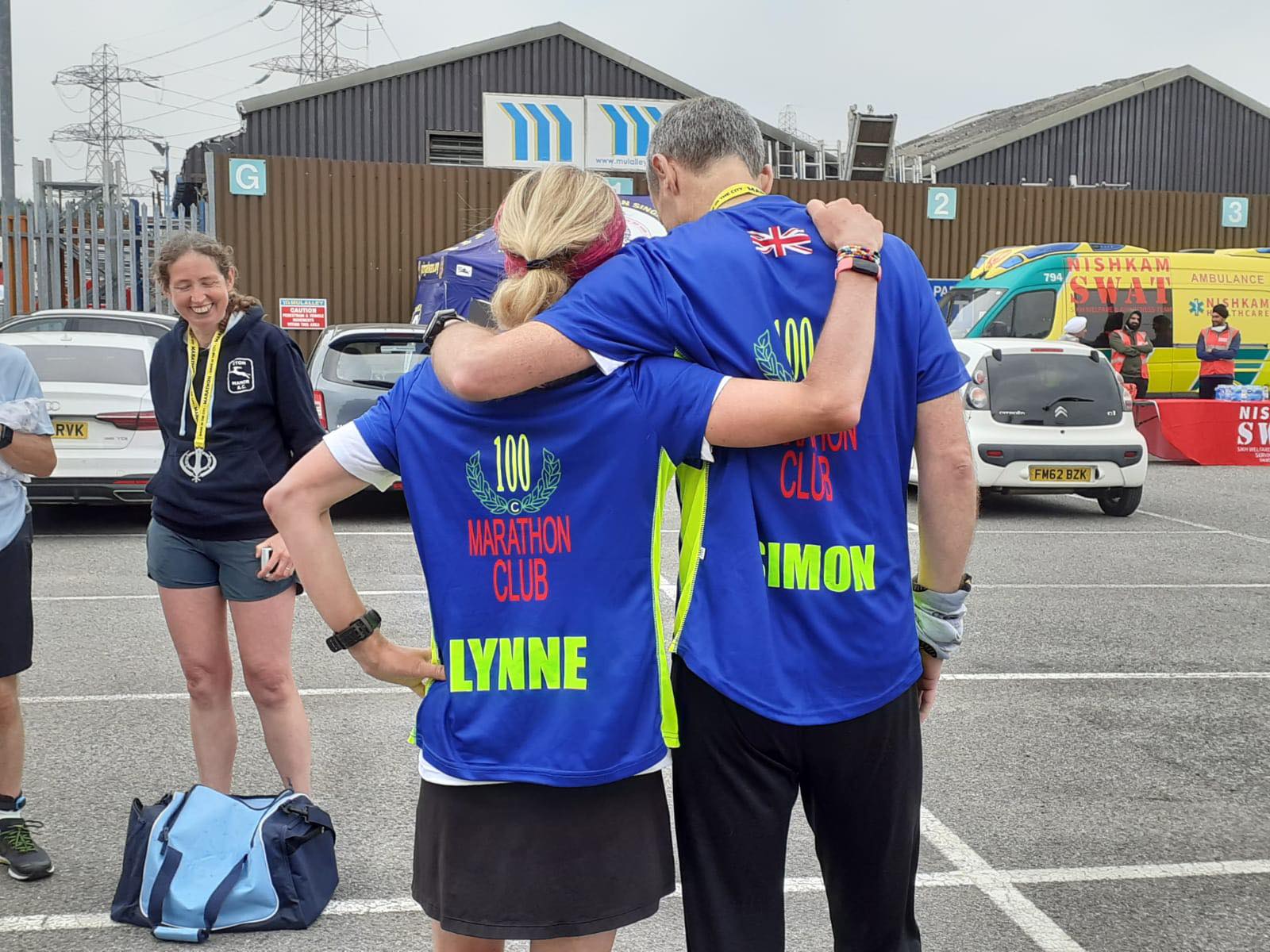 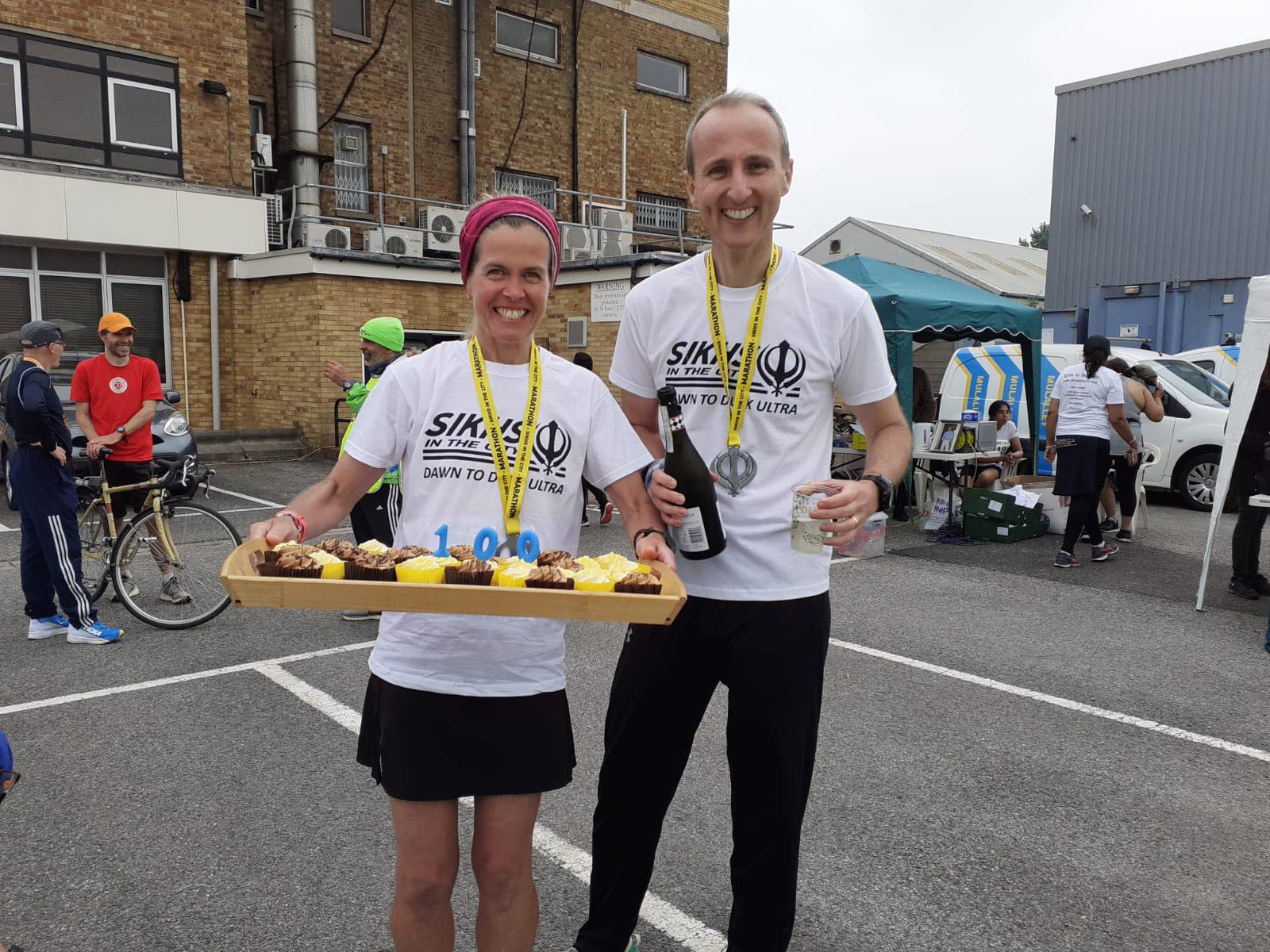 Upon completion of the Sikhs in the City, Sunrise to Sunset Marathon on Saturday 27th June 2021 Lynne and Simon Maughan of London ran their 100th Marathon attaining full membership of the club. They became the latest of an exclusive group of couples who are members of the club.

They both ran their first marathon at London in 2001 although they did not know each other back then, They subsequently both joined the Serpentine Running Club and met as a result of pursuing marathon running. They married in 2004, had their first child in 2006 and moved to Australia in 2008 where they had two more children and continued to take it turn to run marathons during their holidays.

They returned to the UK in 2017 stopping off in South Africa to run the Comrades Marathon on their way home. Lynne tells me that although it has taken 20 years to reach 100 marathons that 60 of the total have been run in the last 3 years.

Lynne says that she has been wearing her new club fleece every day after work since being presented with her kit.

Well done both on your achievement and welcome to full membership of this great club.

I believe Lynne and Simon join 30 others couple who are current active members of the 100 Marathon Club. Are you one of them> If so let us know and maybe we can publish an article on club couples,

An aim of the club is to celebrate members achievements. Please let us know when you achieve your 100th marathon or other significanr milestones so that we can let the members know. To do so please email any one on the committee with your story and a couple of pictures.