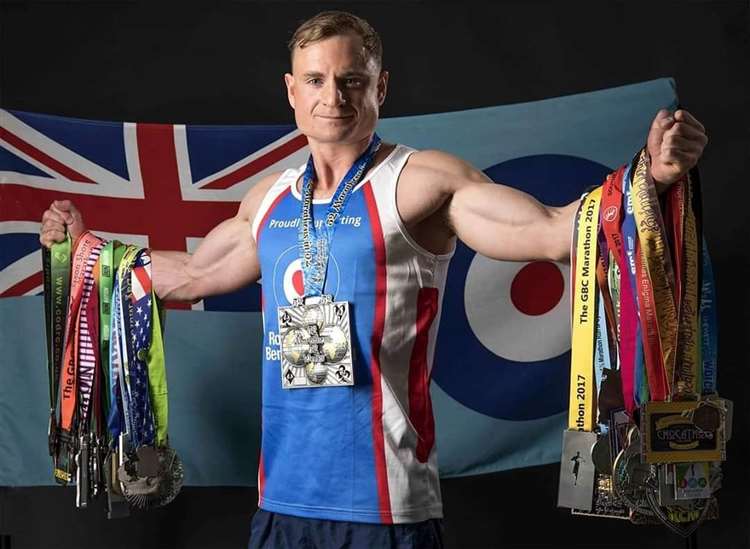 Update: Jon's funeral will be live streamed this Friday 24th July at 3pm

Corporal Jon Ward (34) was a member of the 100 Marathon Club and the Moray Road Runners (MRR) club who raised thousands of pounds for the RAF Benevolent Fund through his job as a logistics mover at the Moray air base.

He ran his 100th marathon in 2018 and became the first person to run the entire length of the North East 250 route, a full distance of 260 miles which he completed last year.Earlier this year he moved to Glasgow to work in the Armed Forces careers office, but had returned to Moray at the start of this week to train with his club and prepare for a 100 mile run across the Moray Way route in aid of the Samaritans charity.

Cpl Ward's Moray Way fundraising effort with fellow MRR member John Anderson this weekend will still go ahead, with numerous runners from the club pledging to run parts of the route in their colleague's memory, using the #ForJon hashtag on social media.

"Jon’s work saw him move to Glasgow earlier this year but he retained his membership with Moray Road Runners and his property in Lossiemouth," said Mr Jenkins.

"Indeed, the current restrictions brought him temporarily back to the area and we were delighted to see Jon at our return to training this week.

"Always focussing on the next challenge, Jon’s passion for running saw him take on numerous long-distance races and events, raising thousands of pounds for charity in the process, most notably the RAF Benevolent Fund for which he was a keen supporter.

Cpl Ward's great talent for running over a wide range of distances was notable.

"Whether it was a 3k Pinto Run (MRR's summer charity series at Elgin's Cooper Park), Edinburgh Marathon dressed as an elephant or finishing joint fourth in the 215 mile Race Across Scotland, Jon’s range, ability and resilience was quite simply second to none at the club – something which I told him last year.

If you want to donate to the page he set up the link is here https://www.justgiving.com/fundraising/jandjmoraywaychallenge

We will be thinking of family and friends at Jon's funeral which is being held on Friday 24th July at 3pm at Hereford Crematorium, Westfaling Street, Hereford HR4 0JE  The service is 1 hour long and Covid-19 guidelines apply

"Our thoughts go out to Jon’s family and loved ones."