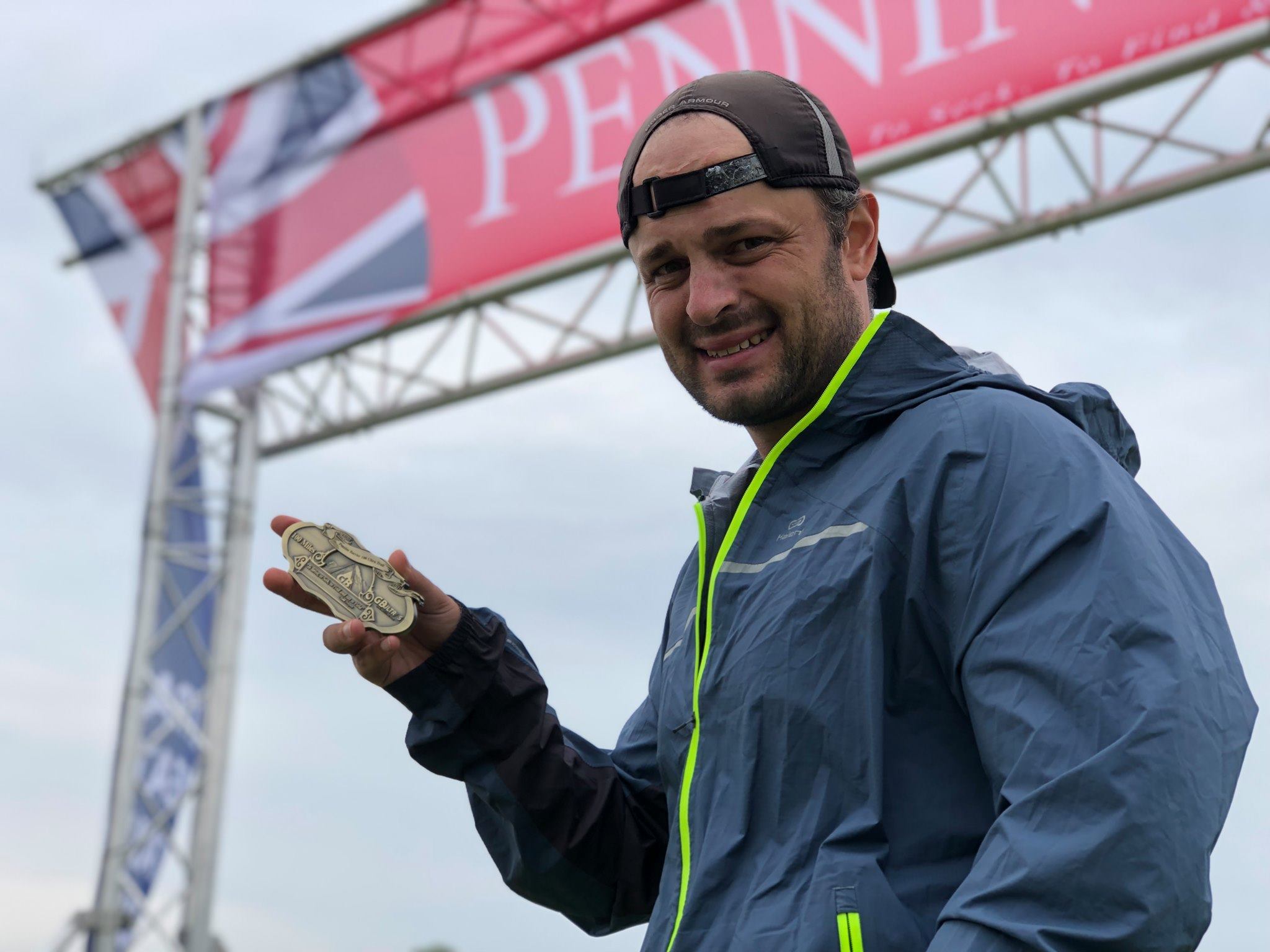 I used to play the French Horn, the Drums and the Piano when I was younger. One day I’ll almost certainly impulse buy a Grand Piano again pick up where I left off. I’m a bit of a geek and study Quantum Physics - don’t ask…

My job title is ‘Regional Active Leisure and Management Trainer’ - I solve other peoples problems, teach and drink coffee and tea to a high degree

First marathon was in Rome in 2013. I remember how much I hated the cobble stones around all the landmarks, the fact the new Pope was being decided when I was there and the medic on a motorbike at mile 23 that looked extremely concerned if I was going to survive!

There are too many actual people that inspire me to go through, the fact that people have a goal and work towards it is great for me to see and it’s a privilege to see it when I’m at events. I inspire myself by having targets that I want to aim for, and to try keep on giving a better performance of myself and what I can do

Before - give me my patented ‘crumpet combo’, During - Chocolate, grapes, pineapple and pretzels. After - Food in any shape or form, if its freshly cooked I’m in heaven.

I like to do a bit of everything, I’ve had a fitness background since I was 16 so will always find time to train like a maniac, but with then often chill either enjoying the countryside or reading a book, often then realising I need to stop and actually start working if I get too into it

Find a good pair of trainers and stick with it! Experimentation is good but keep your feet as your friends!

Finishing the Pennie Barrier 100 in June 2019, this has been the hardest race of my life so far and was so thrilled to get to the end. I got lost multiple times, ran through a swamp, nettle bushes, lost the trail and half destroyed a wall to get over it and back to the route. Then took a run turn and was too stubborn to turn back, adding on about 10 miles and nearly 3,000 feet of climb to get back to where I should be. The breakfast Buffett the next day didn’t know what to expect…

Climbing up Bluebell Hill in the NDW100 in August 2020, I was having a ‘bad moment’ and convinced I hallucinated and saw a headless dwarf sized Santa Claus, I didn’t say a thing at the aid station at the top of the hill so the marshals didn’t pull me out. I was relieved the following day when the Centurion Chat Group had lots of other people saying that they had seen the same and I wasn’t that crazy…

My feet are quite possibly the worst examples of anatomy in human existence! Saying that I’ve only ever lost two toe nails, the first after my first 70 mile race I didn’t loose in the race but decided to jump ship after I walked into my bedroom door frame navigating the the bathroom the day after the race, I don’t think my neighbours forgave me for that 2am yelling. The second had an argument with a granite rock I came to a disagreement with during the White Rose 100 last year, I let the rock win and am still mourning for that toe nail!

I done my 100th in Las Vegas in November 2017, I wanted a crazy target race to aim for and picked this one a year and a half out when I was on about 40 marathons in total. This helped me to stay motivated especially during the winter months, and having never been to America before this was a good celebration and holiday to top it all off