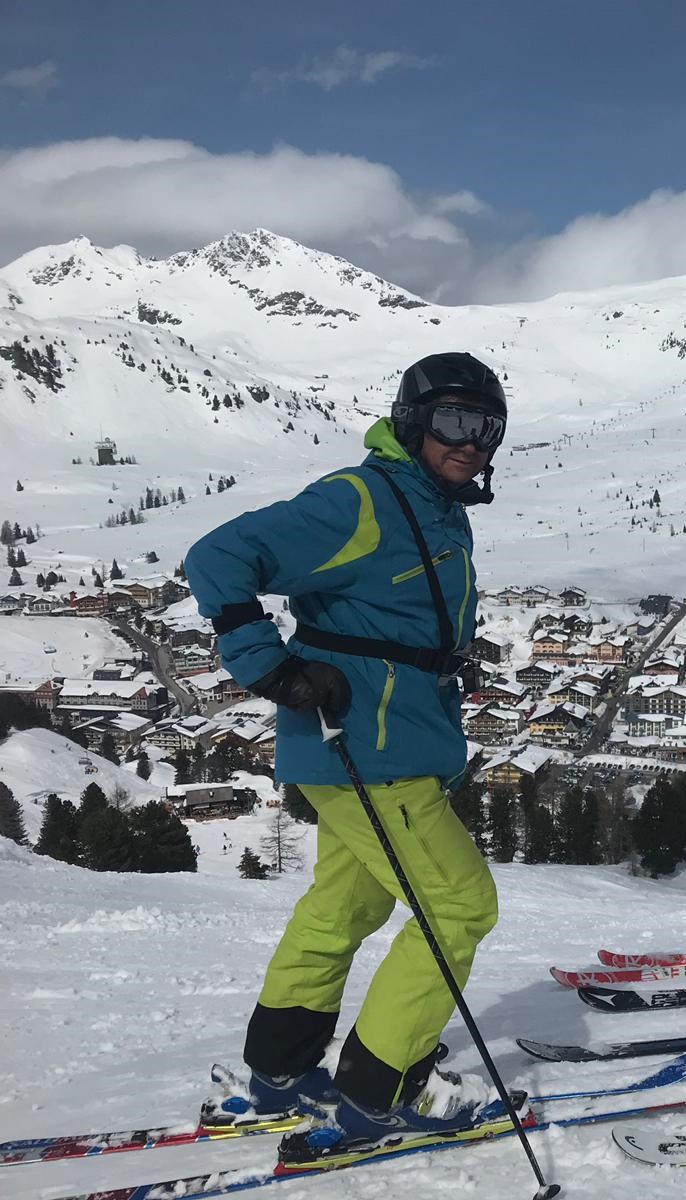 I’ve skied on 6 continents, all in the same year. Antarctica was the one I missed out on. I’ve also walked to the top of both Kala Patthar (which overlooks Everest basecamp) and Kilimanjaro.

296, which includes 34 ultras and 5 Ironman triathlons.

Currently living the life of Riley following redundancy last year after 32 years working in the IT department of a high street bank. My speciality subject was payments.

London Marathon 1998, a dedication to my late father who had died of heart-related problems just three months before the race. A bitter-sweet day as most of my family greeted me at the finish, with of course the one notable exception. It also rained a bit that day.

The great outdoors, be it running, walking or cycling. Something that owes itself to 1998 when I was training in difficult circumstances for my first marathon. Plus of course, meeting up with like-minded fools at races. Though when it comes to inclement weather, I sometimes wonder who’s the bigger fool, the runners, their dedicated partners that hang around for them to finish, or the event marshals?

Have to watch what I eat the night before as well as the morning of the race to avoid stomach cramps during the race (see ‘Strangest race experience’). Generally, avoid most things on a vegan’s wish list. Can’t eat during, which has caused nutritional problems on ultras. Something rich in protein afterwards, though I am partial to the odd crisp, eaten under the dubious excuse of replenishing my sodium levels.

Snow sports, mostly alpine skiing, but have also done some Telemark skiing and snowboarding. I also do a fair bit of road-based cycling.

The king of anti-chafing; petroleum jelly, especially on ultras. I also wear plasters on my nipples, of which hopefully the reason should be bleeding obvious (see what I did there).

Warsaw in 2013. After achieving a PB at Warsaw Parkrun the day before I went on to get a PB in the marathon, However, it wasn’t so much the PBs, of which both still stand today, but the fact that my marathon time opened up a number of opportunities in the following year including a guaranteed entry to the Boston Marathon (the USA one) and starting in the front pen of the Comrades Marathon. Notable mentions are my first Ironman, held at Sherborne in Dorset in 2007 and the Comrades Marathon in 2014, which at 89km was at the time the longest foot race I had taken part in. Both resulted in a bit of grit in my eye on the finish line.

Went through a stage of regularly getting stomach cramps midway through races nearly pooping myself before eventually sorting out my pre-race diet. At Porto in 2011, I unfortunately did end up pooping and very much for England, from about halfway! Finished the race but didn’t look too pretty. The finish-line photographer kindly only took a picture of the top half of my body!

Yes, and yes. With the latter, mainly Achilles or glutes related. Last year was probably my worse for injuries as I had to really cut back on running, get a physio in and cycle a lot to keep my fitness up until I could run properly again. With the COIVD-19 lockdown, my toes are looking the best for years.

North Dorset Village Marathon 2012, a small, unpretentious and friendly event, fairly local to me. I discovered the event the previous year and knew it was well supported by members of the 100 Marathon Club. The then club kit manager, Colin Poole, presented me with my club shirt.