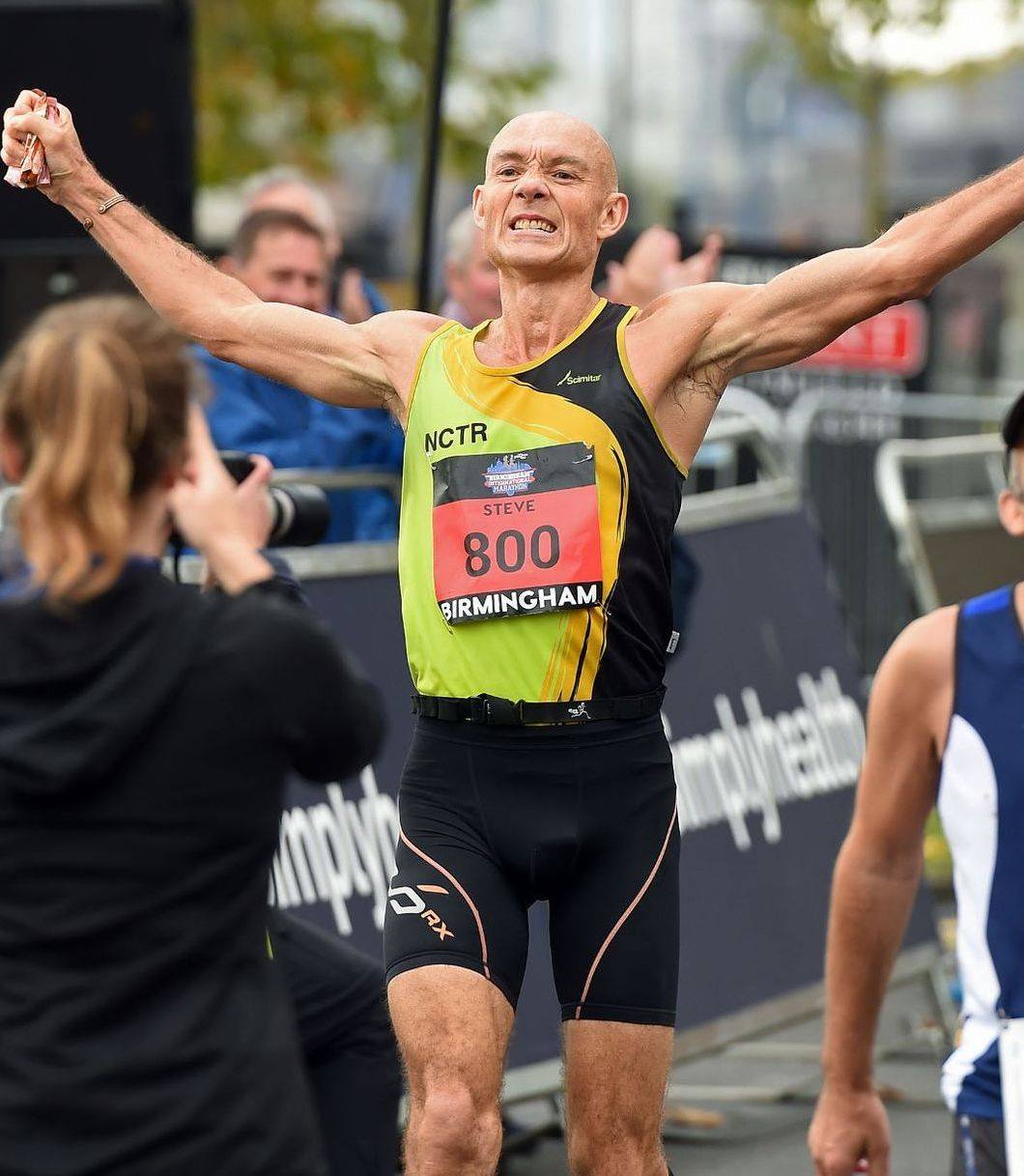 My first claim to fame was on The Specials ‘Too Much Too Young’ EP single cover, I was at that gig and can just about make my face in the crowd.

As well as being born with a deformed left hand I also have a genetic blood disorder known as beta thalassaemia minor which means I have a permanently low haemoglobin count that compromises the oxygen carrying ability of my body. Putting it simply it means my energy level has and will always be around 20 percent below the norm. That would equate to a sub 2:30 marathon from my existing PB

My occupation is IT Technical Support Specialist

My first marathon was in my home town of Coventry in 1981. I was only 18, it was my first ever race since leaving school. I was completely ignorant to what it involved and therefore had no idea how to train or prepare for it. I remember getting to 15 miles and wondering what all the fuss was about, a mile later I found out! I couldn’t walk properly for days afterwards and like many others vowed never again!

I’m a naturally stubborn and self driven person who hates to give in so to a certain extent my inspiration comes from within with the targets I’ve set myself. However I’m also constantly inspired by seeing many other people on the running scene achieving their own goals & ambitions. This has definitely helped to drive me over the years to not only achieving but re-evaluating my own ambitions and raising the bar even higher to what might be achievable.

I swear by Voom products (previously Team Nutrition) having used them since running the Brathay 10 marathons in 10 days challenge in 2008.

Outside running I love gardening which I find extremely therapeutic, I also like listening to music, my favourite era being 1970’s & 80s especially Punk, Disco, New Wave & Synth Pop. 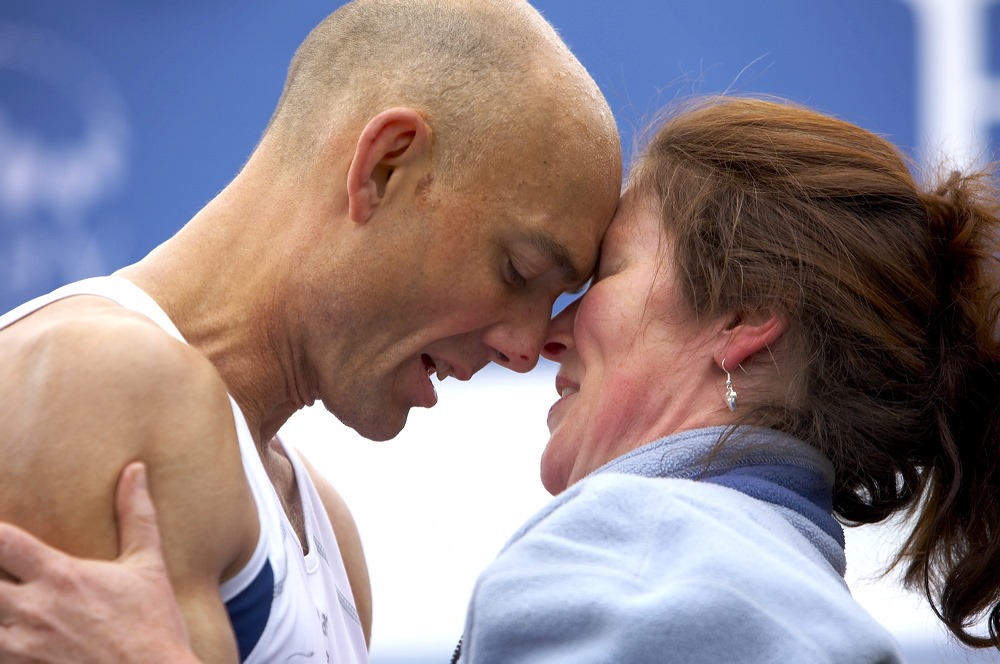 I would recommend compression wear, started using it many years ago and found it has helped me with both performance and recovery.

My strangest race experience I guess was the marathon I ran on the indoor track at the Birmingham National Arena in 1992. It’s a 200M carpet like track with banked bends and very noisy when you run on it, the marathon distance was 212 laps, the most laps I’ve ever ran for an official marathon.

Fortunately I’ve been very lucky with injuries, the worst one I had was self induced, a stress fracture in my ankle in 2010 due to over training which put me out for action for nearly 4 months. Most other injuries have been soft tissue and more recently general wear & tear which I manage on a day to day basis.

However over many years now I've tried to mitigate the risk from more common injuries by making my body more resilient with regular core strength work. I’ve lost a handful of toes nails in my time but not that many considering nearly 40 years of running.

I ran my 100th marathon at St Albans in Dec 1990. In those days it was always the last official road marathon of the year hence there was always a great turnout especially from the 100 marathon club They used to hire a pub function room near to the finish for post race celebrations of any achievements so thought that would be a great way to celebrate my 100th especially given I was the youngest person at the time to achieve that feat.

However the ultimate highlight is the fact that I discovered running in the first place with taking the opportunity to run that very first marathon. Had that not happened I’d have probably taken a completely different path in life and never have created so many fantastic memories and forged the same friendships with so many like minded people or indeed experienced the huge mental & physical benefit that running has given me for nearly 40 years now. 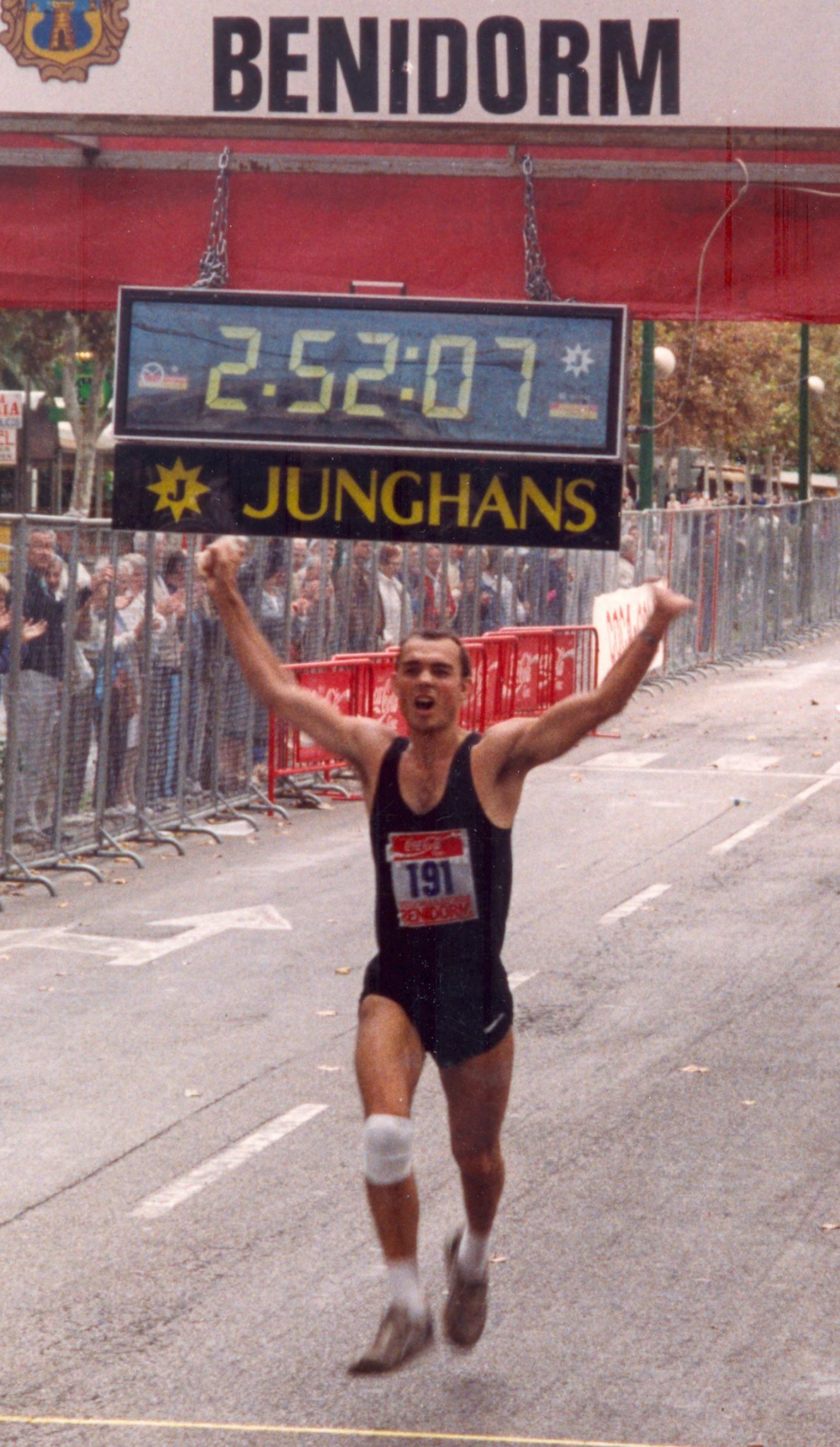