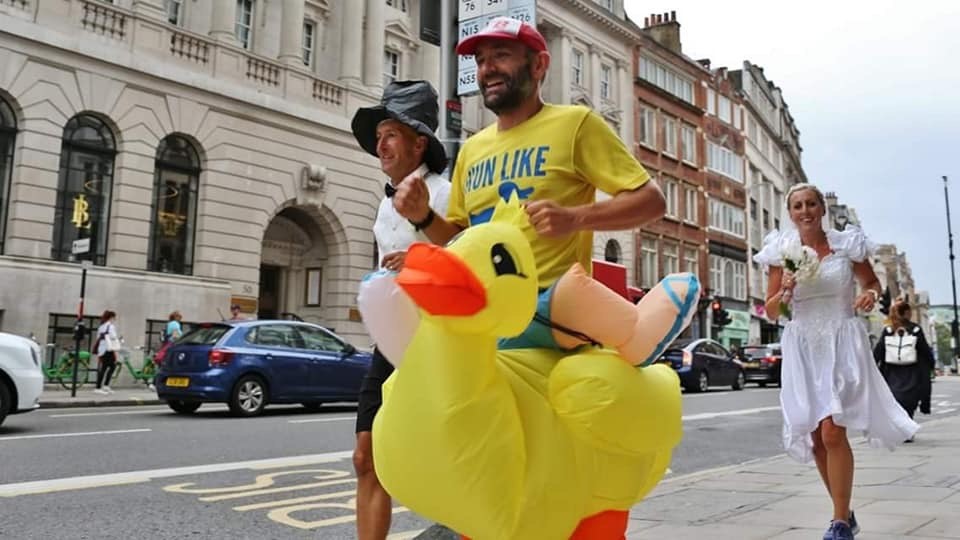 Luton. I remember being passed by a pretty old guy, dressed as superman, wearing a 100MC top. It’s mostly his fault I got carried away....

Everyone that gets out there and runs

Before marathon - McD Egg McMuffin. During - whatever my stomach fancies

Travelling (often with running), particularly in Spain as their races are so good and cheap!

Finishing the Grand Union Canal Race. 145 miles is a real challenge and still not sure how I finished it.

Ever lost a toe nail and other running injuries? -

Tripped on a 50k trail race and punched a tree. Dislocated two fingers. Hurt to run so I popped them back in and the guy I was running with nearly vomited at the noise....

Ran my 100th with Foxy at Enigma as he’s responsible for a lot of this! Was a great day, and even managed to win it