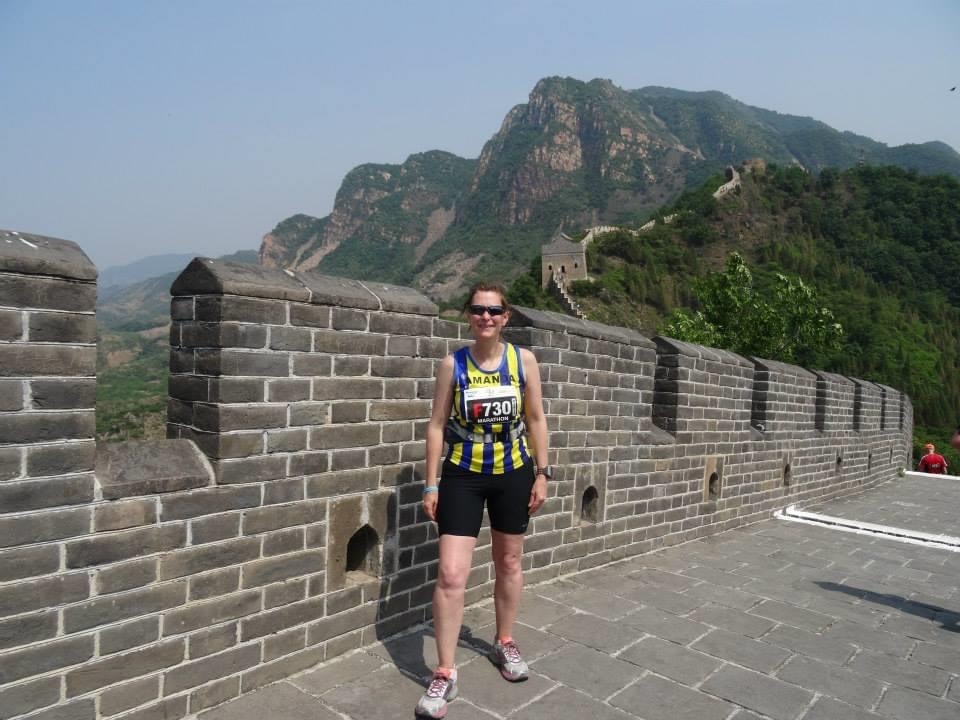 Technical expert for. PMI company - basically wording, rules and being upfront and honest to our members.

London 2005. Was so nervous but just loved the whole atmosphere, when us runners got the news Paula had won the cheer was just amazing (we were not even half way).

OMG there are a few - meeting my childhood idol Roger Black at the Olympic Park Run. Doing a PB in Chicago last year. Running the Great Wall of China marathon.

numerous - but strangely body copes better with regular marathons than 2 a year... Who would have thought!

London in 2006 it was the one that almost broke me, drank to much lucozade, threw up rather more times than care to mention, never felt stomach cramps like it - but it was the crowd u can't be private at London so just have to bend double and throw up by spectators - it was this lovely lady who gave me a big hug, a pep talk and everyone round her was just so encouraging. Total strangers who were just so lovely when I was in a very bad place.

one bad run does not mean the next one will be, everyday is different. If u r having a bad day revise your expectations sometimes just finishing is fine.