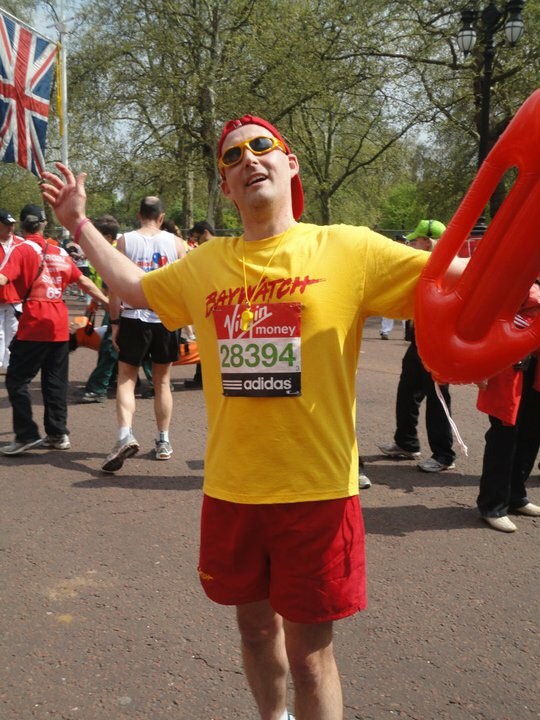 After 18 years in banking I became a Race Director at Enigma Running.

Over the years I’ve played most sports out there & prior to running I played baseball for the Milton Keynes City Truckers for 12 years - mainly at Center Fielder, where I would win a golden glove award along with 2 league titles before moving behind home plate as a Catcher. Becoming a catcher at the start of my marathon running left me a choice & I opted for running as amazingly it’s better for your knees.!! I have been fortunate to steer clear of any major injuries on my way to 345 marathons over almost 15 years

.I ran my first marathon sort of by accident after losing a competition & somehow ending up with a weekend in New York running the New York Marathon with Lorraine Kelly for breast cancer care. I got to 16 miles before it started hurting & decided never again, I booked my second marathon 48 hours later & decided I could do one of these every 6 months & see some fun places. My first 7 marathons took me to 7 different countries & at my 7th marathon in Belgium I ended up on the Eurostar with a group of 19 runners from the 100 marathon club & whilst these guys had Rolls Royce numbers by comparison I was on a skateboard with just 7. Inspired by club members I decide to try & run 10 that year & ended up with 17. 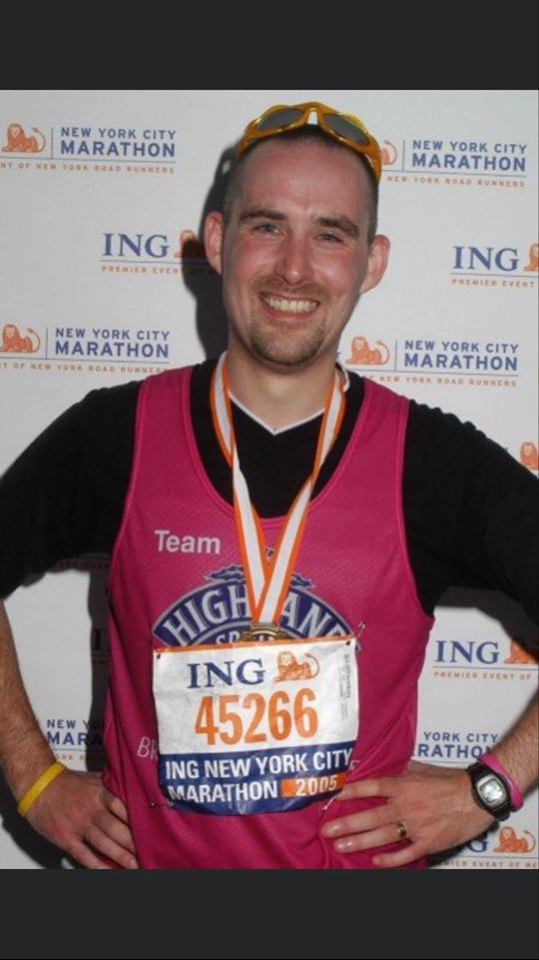 One of my favourite UK marathons was the Robin Hood Marathon in Nottingham so my 5th consecutive running of the event in 2010 became an obvious choice for my 100th. A century had always been the goal so the question then became what next ? Next turned out to be 6 x 10 in 10’s, a handful of 100 milers, the World Marathon majors & marathons across the 50 US States.

It can be tough to pick one highlight but if I had to it would be the Graveyard 100 along the coast of North Carolina in 2015, 2 years previously at 72 miles I had to admit defeat my only DNF as ironically I sat on the steps of a bank at 11pm in tears, I had never failed to finish before & the physical pain was hard but the mental pain ate me up inside for 2 years & motivated me to ensure it wouldn’t happen again. Mentally I couldn’t bare to fail again & decided to go out hard & hope for the best, in the wee hours of a Match Sunday morning I finally got my buckle & as an added bonus I got a silver sub 24 hour buckle & laid to rest the ghosts of 2 years previous.

My 100 milers have given me some of my the most bizarre moments & the most bizarre would be at 96 miles running while asleep on the South Downs Way (who says blokes can’t multi task ?! ) I awoke to see neon coloured Volvos in the trees above me, why Volvos specifically I have no idea - I don’t even drive !

If there’s one bit of kit I don’t leave home without it has to be a Buff - a simple versatile piece of kit that can serve so many purposes & protect from any kind of weather. Running has given me so much in life & the most important thing it has given me is the friendship of so many fantastically positive people. In the words of the Spencer Davis Group “Keep on Running”