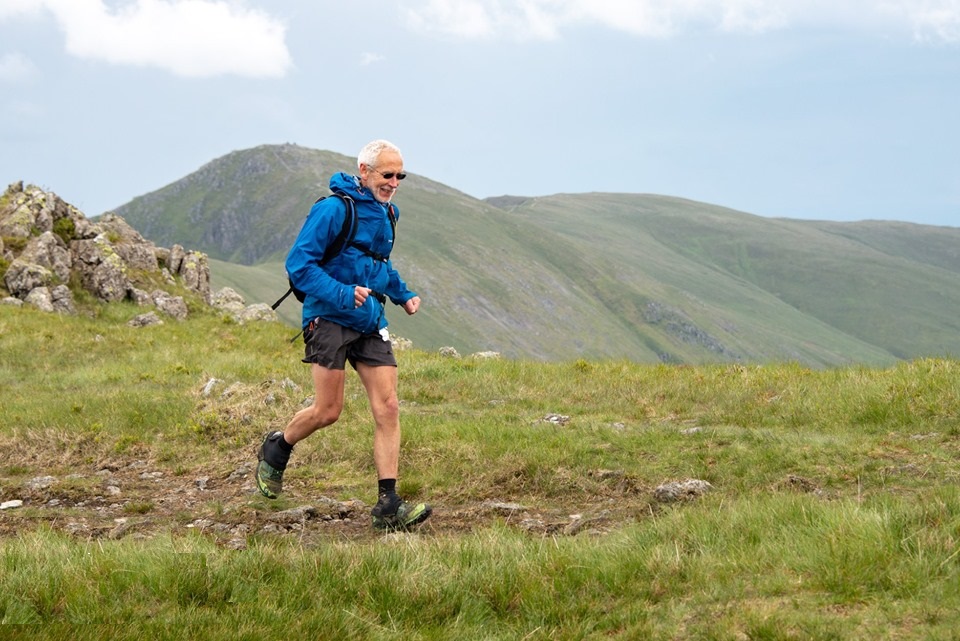 In my 20s and 30s I used to play squash two or three times a week, but the demands of a growing family eventually curtailed that.  In my school days I was rubbish at all field sports and was bundled in with the no-hopers to do cross country running which to the dismay of my classmates I actually enjoyed.  So many years later after becoming a couch potato and putting on over 7kg one Christmas I started running round the streets just to lose a bit of weight. I quickly got to running 3-4 miles quite comfortably so feeling confident I entered my first 10k race.  I finished next to last... by some distance.  My first lesson learnt, too much too soon. Confidence bruised it was a few more years before any more competitive running, but in the late 90s I entered races again from 5k up to 20 miles and eventually the 26.2 came calling.

My first marathon was Belfast, the day after my 50th birthday.  I can vividly recall the pre-race pasta party.  The room was filled with svelte young runners from all corners of the globe dressed, as you did back in the day, in shiny shell suits, shades and all other possible trendy gear.  There was me and one other runner of similar age dressed in whatever we could find at the bottom of the wardrobe and feeling mightily intimidated.  I didn’t have the best of races, but the crowds were great and brought home that it’s not what you’re dressed in or what you look like that matters but rather that you made the effort and finished.

That’s really hard.  Being a convert to trail running and particularly coastal and mountain trails I’ve run alongside some beautiful scenery.  I haven’t answered the question I know, but any one of the many events I’ve run in the Lake District. Probably just me, but I get a ‘buzz’ from being an insignificant speck in a vast rugged landscape.

It was Brighton in 2013 and was planned as such.  It’s local to me and also the place where I spent my formative years and have some fond memories though it was a little odd running the same streets some 50 years later.  It was a shared 100th celebration with Douglas Mactaggart and Kaja Kosla and I’m indebted to Douglas for arranging the celebrations for all of us at a local hotel afterwards.

Training?    Well yes, I guess.  I’m chair of a local running club so feel obliged to make some sort effort regarding training so in the winter months it’s the usual mix of hill reps, tempo runs and speed work.  Living on the edge of the South Down, during the summer evenings we abandon the tarmac and run on the downs.

Never really thought about it.  Wild, rugged and mountainous obviously...  Some of the Eastern European trails perhaps rather than the touristy places.

I’ve made every mistake in the book including forgetting my shorts and having to buy the only running gear I could find, an embarrassingly tight pair of budgie smuggler lycra shorts, to quite severe dehydration, mild hyperthermia and eating untried food at aid stations with the inevitable consequences.

We all run for different reasons so whether it’s for fitness, self esteem or social interactions just get out and do it.  Join a running club if there’s one you would feel comfortable in or if you’re lucky enough to be near somewhere that organises regular low key events, go along and do what you can. You’d find either environment really supportive and non-judgemental.   Also, as you increase the weekly mileage don’t ignore those recurring ankle, knee or hip/back pain niggles.  Get yourself properly checked out for gait etc. and absolutely don’t rely on search engines or best intentioned mates for self treatment advice.

It’s a familiar saying, but although fully retied I’ve never been busier.  I volunteer with two different teams under West Sussex County Council so I’m out most days of the week doing everything from rights of way management, e.g. clearing footpaths and bridleways, installing 6m bridges, steps and kissing gates to parish council requests to build or install anything including village signage, seating, building rustic bus shelters and post and rail fencing. All the latter are scratch built and my carpentry skills are notorious for all the wrong reasons.