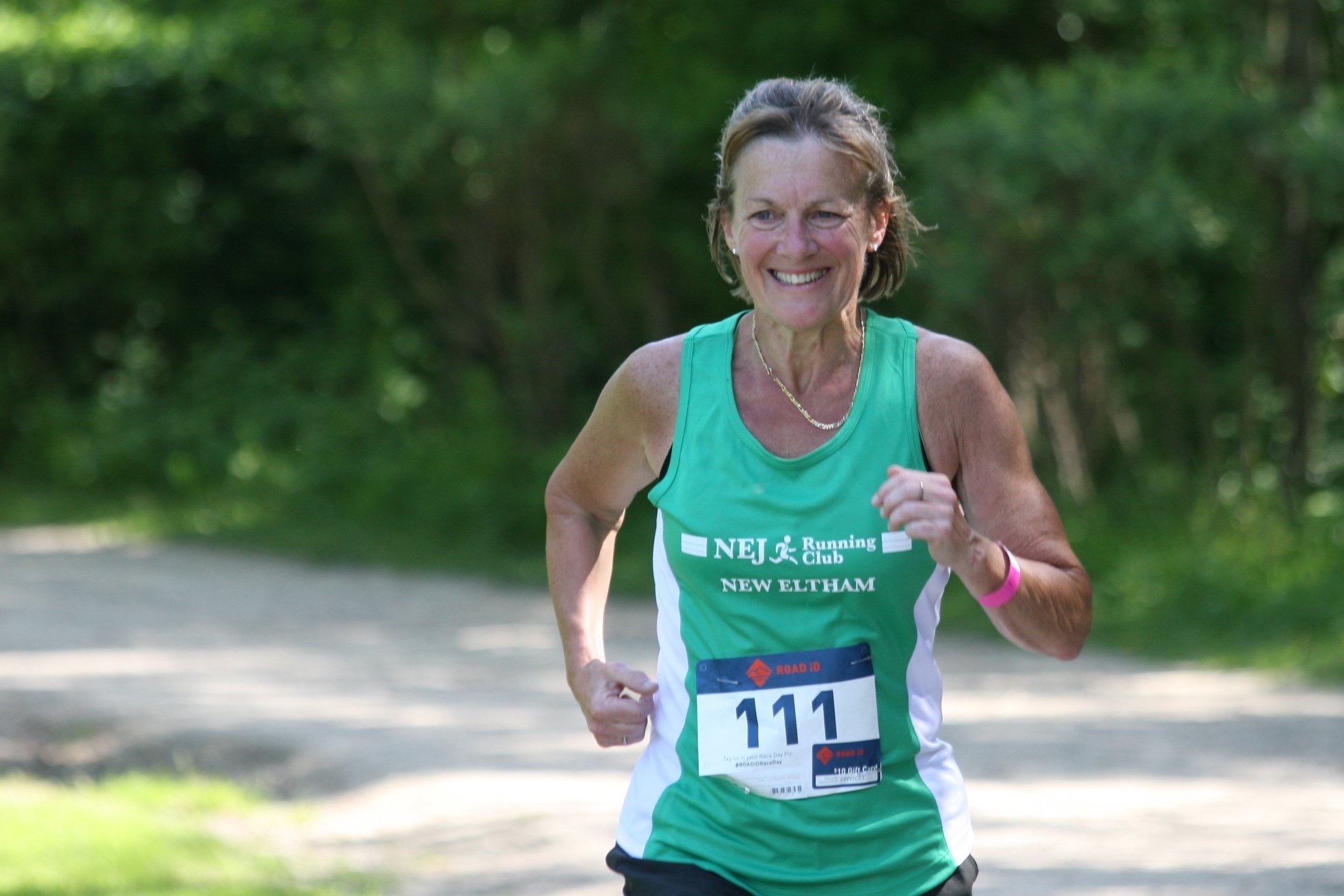 I used to play squash but a change of club house meant I lost my team. A friend at work suggested I came to her running club, I struggled to run a mile. Watching London in 1988 we decided to give it a go. A running friend drew up a 16 week training programme which we followed to the letter. It detailed the pace, distance and discipline. I crossed the line with a beaming smile loving every minute and said I couldn't wait to run another.

Although training my daughter and running London with her was immensely emotional my favourite marathon is Bermuda. It was the final stage of the triple challenge -  mile sprint, 10k and marathon but also the culmination of a wonderful holiday.

It chose itself. I wasn't really tracking my races but Roger Biggs co coordinated our results. He returned a vetted list to me a few weeks before I was due to run the Grand Union canal 145 mile and it turned out that it would be my 100th. I had photos and hugs at 26 miles with my fellow runners.

Its all or nothing. Depending on other commitments I can train 6 days a week or nothing. I belong to a gym, cycling club and my local running club so training can be very varied.

There is no single event or place I'd like to explore. New marathons are continually appearing on the calendar and always look appealing be it UK or overseas. As long as a holiday comes with it I'm happy.

Using an energy drink unfamiliar to me. Got caught out during the Grand Union and on another canal marathon. Maybe I should avoid canals.

Remember you're not in competition with anyone else. Set your own goals and train to achieve these.

Family, particularly continually working with my son to prove every consultant wrong with their prognosis following his accident. We've more than achieved this. Now a dab hand at property renovation and am looking forward to our next project.